Blockchain is defined as a blockchain technology, it is like a ledger of a company, where money is strictly controlled and clearly recorded every transaction on P2P (peer-to-peer network) . In addition, based on a complex encryption system, blockchain allows the most secure data transmission.

Advantages and disadvantages of blockchain

Blockchain works 24/7, which allows people to transfer money financially and wealth significantly, notably internationally. For those who are abroad, they do not need to wait for many days for banks or authorities to check and review in the traditional way.

Transactions in the blockchain need to be checked across multiple nodes, so this minimizes the risk of errors. Besides, if one node has an error in the database then other nodes will detect it and catch the error.

For a traditional database, if someone makes a mistake it will help you out more. More notably, each asset is individually verified and controlled in the blockchain ledger , so this eliminates the possibility of using that asset twice.

No need to go through middlemen

Blockchain allows two parties in a transaction to verify and accomplish something without the need for a third party. Therefore, this is intended to help save time and payment costs for the bank.

In addition, this could make all digital commerce more efficient, while increasing financial empowerment for the world’s unbanked or underbanked communities. And from there, create a new generation of internet applications.

In a decentralized network like blockchain, almost no one can make fraudulent transactions. Also, in order to perform fake transactions, these conspirators need to hack all nodes and completely modify every ledger.

Unfortunately, the decentralized nature of blockchain is added with privacy and security, thus creating an opportunity for criminals to transact illegally.

Therefore, it becomes very difficult to track illegal transactions on the blockchain platform.

Transaction speed is limited because the blockchain relies on its larger network to approve transactions, so it has a limited movement speed.

Enabling all nodes to validate transactions consumes more energy than a single database or spreadsheet. Notably, this also creates a significant carbon footprint for the environment.

For this reason, some leaders have started to move away from some blockchain technology. For example, billionaire Elon Musk, he said Tesla will give up Bitcoin due to concerns about environmental harm.

Currencies and Payments are the earliest and primitive versions of Blockchain. Besides, the main applications in this version are cryptocurrency including: currency conversion, bank transfer and digital payment system creation.

This is also arguably the area we are most familiar with, and many people have since mistakenly assumed that Bitcoin and Blockchain are the same thing.

Bitcoin is the most famous application of Blockchain technology. According to a 2017 Gartnet survey, the technology could be used in everything from healthcare, education, manufacturing, and even energy to supply chains.

The report also states that by 2030, the business value of Blockchain technology will reach $3.1 trillion.

In addition, it allows the exchange of crypto assets with each other in a safe, secure and anonymous way.

This is a new version of Blockchain released because Blockchain version 1.0 has some problems. At version 1.0, it caused waste for Bitcoin mining and lack of network scalability in it.

As a result, the arrival of version 2.0 is expected to fix the problem that version 1.0 caused. Besides, in this version, Blockchain will expand to Smart Contract , not just cryptocurrency.

Specifically, a small contract is a small computer located on the Blockchain. These calculators are free computer programs that run automatically and check for predefined conditions like support, validation and execution, or even effectively reduce transaction costs.

Especially, in Blockchain 2.0, Bitcoin will be replaced by Ethereum. As a result, Blockchain 2.0 processed a large number of transactions on the public network quickly and successfully.

Since version 2.0, a new version with Dapps called decentralized applications has been born. Dapps can use a user interface written in any language to execute backend code for it to run on a decentralized peer-to-peer (P2P) network. It uses decentralized storage and communication like Ethereum Swarm etc

Besides, speed and user experience or usability in greater volume and popularity will be the focus areas of Blockchain 4.0 going forward.

The Blockchain name was not chosen at random as it is today. Blockchain is often described as a chain of discrete blocks of data. Therefore, as new data is added to the network regularly, new blocks are generated and added to the chain. The above requires all nodes to update the Blockchain version so that they are all the same.

The methods by which this new block is generated as a KEY illustrate why blockchains are considered highly secure. The majority of nodes validate and validate new data before a new block enters the digital ledger.

You can use cryptocurrencies to ensure that the new transaction in the block is not fraudulent or that the funds have not been used more than once. this will be where one can make changes without any supervision.

Blockchain experts judge that: when consensus is reached, blocks will be added to the chain and transactions will be recorded in the distributed ledger.

Additionally, the blocks link together securely to form an end-to-end secure digital chain in the ledger. More importantly, nodes have to solve complex mathematical formulas to process transactions.

More notably, in blockchain there are both public blockchains and private blockchains. Anyone can participate in the public Blockchain. That is, they can read, write and view data on the blockchain.

However, it also has the disadvantage that it is very difficult to modify transactions recorded in the public Blockchain, because it has no authority to scrutinize the nodes of the Blockchain.

The processes of this private blockchain are like an internal data storage system, except that it is heavily distributed across the node for added security.

How to invest in Blockchain

Blockchain itself is just a system for storing and processing transactions, so you can’t really invest in it. However, you can invest in assets and companies that use this technology.

Besides, there are some experts who say that the easiest way is to buy cryptocurrencies, like Bitcoin, Ethereum or other tokens that run on the Blockchain.

This is because each block contains its own hash, along with the hash of the previous block and the timestamp mentioned above. Hash codes are generated by mathematical functions that transform digital information into a string of numbers and letters. If this information changes by any other method, so does the hash code.

For example, a hacker running a node on a blockchain network wants to modify the blockchain to steal cryptocurrency from others, but if they change their unique copy, that copy will no longer match our copy. others. When others cross-link their copy, they will find the copy very eye-catching and the hacker’s chain will be removed as illegal.

In particular, for a hack to be successful, the hacker must simultaneously control and modify more than 51% of the copies of the blockchain so that the new copies become the master copy, from which the chain agreed. Notably, such attacks require a lot of money and resources as they have different timestamps and hashes and they would have to re-execute all the blocks.

Because of the size of many cryptocurrency networks and the speed at which they are growing, the cost of achieving such a feat would probably be difficult to overcome. Besides, this is not only extremely expensive, but also may not achieve the desired results.

This is ignored because network members see drastic changes in the blockchain, from which these members will switch to the new version of the chain without any effect. This makes the attack pointless because the hacked version of the token loses value and because the bad guy controls the worthless asset.

The same thing happens when bad guys attack a new Bitcoin Fork. Therefore, it is built in this way so that participation in the network is more economically incentivized than an attack on the network.

How many types of networks does blockchain have?

Synthetic blockchain has 4 types, which include:

Private blockchain networks are like public blockchain networks, they are decentralized peer-to-peer (P2P) networks. However, an organization manages the network, controls who is allowed to join, enforces consensus protocols, and maintains a common ledger. It depends on the use case, which can also increase the trust of the participants greatly. Plus, a private blockchain can run behind a corporate firewall and can also be hosted locally.

A public blockchain is a blockchain that anyone can join, such as Bitcoin. Limitations may include significant computing power requirements, little or no privacy for transactions, and weak security. These are therefore important considerations for enterprise blockchain use cases.

Businesses that set up private blockchains will often set up a licensed blockchain network. However, it is important to note that public blockchain networks may also be allowed. This is designed to limit the users and transactions allowed to join the network and trade. In particular, participants must receive an invitation or permission to participate.

Applications of blockchain in life

Blockchain technology is a great invention for people, it also helps people save a part of their arduous work, such as:

For media and telecommunications

For the manufacturing industry

Currently in the world there are many companies and large corporations that are creating their own network using Blockchain technology. Besides, one thing is for sure, in the future Blockchain will revolutionize Vietnam in a few years and it will increasingly have an important position in changing the world of Information Technology. 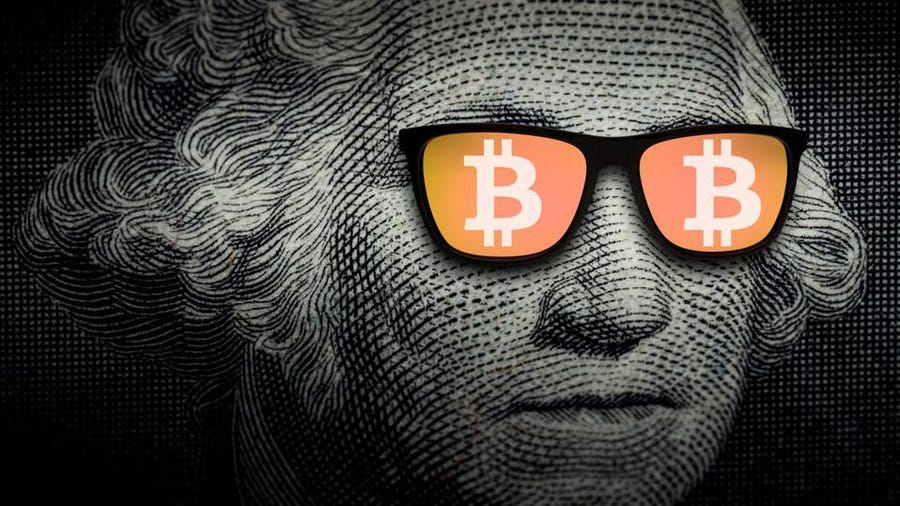 What Is Bitcoin And How Does It Work?

What Is Bitcoin? Bitcoin is a decentralized digital currency that you can buy, sell and exchange directly, without an intermediary like a bank. Bitcoin’s creator, Satoshi Nakamoto,…