Bitcoin is a decentralized digital currency that you can buy, sell and exchange directly, without an intermediary like a bank. Bitcoin’s creator, Satoshi Nakamoto, originally described the need for “an electronic payment system based on cryptographic proof instead of trust.”

Every Bitcoin transaction that’s ever been made exists on a public ledger accessible to everyone, making transactions hard to reverse and difficult to fake. That’s by design: Core to their decentralized nature, Bitcoins aren’t backed by the government or any issuing institution, and there’s nothing to guarantee their value besides the proof baked in the heart of the system.

“The reason why it’s worth money is simply that we, as people, decided it has value—same as gold,” says Anton Mozgovoy, co-founder & CEO of digital financial service company Holyheld.

Since its public launch in 2009, Bitcoin has risen dramatically in value. Although it once sold for under $150 per coin, as of  June 8, 1 BTC equals around $30,200. Because its supply is limited to 21 million coins, many expect its price to only keep rising as time goes on, especially as more large institutional investors begin treating it as a sort of digital gold to hedge against market volatility and inflation. Currently, there are more than 19 million coins in circulation.

How Does Bitcoin Work?

Bitcoin is built on a distributed digital record called a blockchain. As the name implies, blockchain is a linked body of data, made up of units called blocks containing information about each transaction, including date and time, total value, buyer and seller, and a unique identifying code for each exchange. Entries are strung together in chronological order, creating a digital chain of blocks.

“Once a block is added to the blockchain, it becomes accessible to anyone who wishes to view it, acting as a public ledger of cryptocurrency transactions,” says Stacey Harris, consultant for Pelicoin, a network of cryptocurrency ATMs.

Blockchain is decentralized, which means it’s not controlled by any one organization. “It’s like a Google Doc that anyone can work on,” says Buchi Okoro, CEO and co-founder of African cryptocurrency exchange Quidax. “Nobody owns it, but anyone who has a link can contribute to it. And as different people update it, your copy also gets updated.”

While the idea that anyone can edit the blockchain might sound risky, it’s actually what makes Bitcoin trustworthy and secure. For a transaction block to be added to the Bitcoin blockchain, it must be verified by the majority of all Bitcoin holders, and the unique codes used to recognize users’ wallets and transactions must conform to the right encryption pattern.

These codes are long, random numbers, making them incredibly difficult to produce fraudulently. The level of statistical randomness in blockchain verification codes, which are needed for every transaction, greatly reduces the risk anyone can make fraudulent Bitcoin transactions.

How Does Bitcoin Mining Work?

Bitcoin mining is the process of adding new transactions to the Bitcoin blockchain. It’s a tough job. People who choose to mine Bitcoin use proof of work, deploying computers in a race to solve mathematical puzzles that verify transactions.

To entice miners to keep racing to solve the puzzles and support the overall system, the Bitcoin code rewards miners with 6.25 BTC for each new block. That amount of BTC equates to nearly $190,000.

“This is how new coins are created,” and recent transactions are added to the blockchain, says Okoro.

It was possible for the average person to mine Bitcoin in the early days, but that’s no longer the case. The Bitcoin code is written to make solving its puzzles more and more challenging over time, requiring more and more computing resources. Today, Bitcoin mining requires powerful computers and access to massive amounts of cheap electricity to be successful.

Bitcoin mining also pays less than it used to, making it even harder to recoup the rising computational and electrical costs.

“In 2009, when this technology first came out, every time you got a stamp, you got a much larger amount of Bitcoin than you do today,” says Flori Marquez, co-founder of BlockFi, a crypto wealth management company. “There are more and more transactions [now, so] the amount you get paid for each stamp is less and less.” By 2140, it’s estimated all Bitcoins will have entered circulation, meaning mining will release no new coins, and miners may instead have to rely on transaction fees.

How to Use Bitcoin

In the U.S., people generally use Bitcoin as an alternative investment, helping diversify a portfolio apart from stocks and bonds. You can also use Bitcoin to make purchases, but there are some vendors that accept the original crypto.

Big companies that accept Bitcoin include Microsoft, PayPal and Whole Foods, to name a few. You may also find that some small local retailers or certain websites take Bitcoin, but you’ll have to do some digging.

You can also use a service that allows you to connect a debit card to your crypto account, meaning you can use Bitcoin the same way you’d use a credit card. This also generally involves a financial provider instantly converting your Bitcoin into dollars.

In other countries—particularly those with less stable currencies—people sometimes use cryptocurrency instead of their own currency.

Bitcoin provides an opportunity for people to store value without relying on a currency that is backed by a government. It gives people an option to hedge for a worst-case scenario. You’re already seeing people in countries like Venezuela, Argentina and Zimbabwe (countries heavily in debt) where Bitcoin is getting tremendous traction.

When you use Bitcoin as a currency, not an investment, in the U.S., you do have to be aware of certain tax implications.

How to Buy Bitcoin

Most people buy Bitcoin via cryptocurrency exchanges. Exchanges allow you to buy, sell and hold cryptocurrency. Setting up an account is similar to opening a brokerage account—you’ll need to verify your identity and provide some funding source, such as a bank account or debit card.

Major exchanges include Coinbase, Kraken, and Gemini. You can also buy Bitcoin at an online broker like Robinhood.

Regardless of where you buy your Bitcoin, you’ll need a Bitcoin wallet in which to store it. This might be called a “hot wallet” or a “cold wallet.”

A hot wallet (also called an online wallet) is held by an exchange or a provider in the cloud. Providers of online wallets include Exodus, Electrum and Mycelium. A cold wallet (or mobile wallet) is an offline device used to store Bitcoin and is not connected to the Internet. Some mobile wallet options include Trezor and Ledger.

A few important notes about buying Bitcoin: While Bitcoin is expensive, you can purchase fractional Bitcoin from some vendors. You’ll also need to look out for fees, which are generally small percentages of your crypto transaction amount but can add up on small-dollar purchases. Finally, Bitcoin purchases are not instantaneous like many other equity purchases. Because miners must verify Bitcoin transactions, it may take you at least 10 to 20 minutes to see your Bitcoin purchase in your account.

How to Invest in Bitcoin

Like a stock, you can buy and hold Bitcoin as an investment. You can even now do so in special retirement accounts called Bitcoin IRAs.

No matter where you choose to hold your Bitcoin, people’s philosophies on how to invest it vary: Some buy and hold long term, some buy and aim to sell after a price rally, and others bet on its price decreasing. Bitcoin’s price over time has experienced big price swings, going as low as $5,165 and as high as $28,990 in 2020 alone.

“I think in some places, people might be using Bitcoin to pay for things, but the truth is that it’s an asset that looks like it’s going to be increasing in value relatively quickly for some time,” Marquez says. “So why would you sell something that’s going to be worth so much more next year than it is today? The majority of people that hold it are long-term investors.”

Consumers can also invest in a Bitcoin mutual fund by buying shares of the Grayscale Bitcoin Trust (GBTC). However, the minimum investment requirement is $50,000. This means the majority of Americans aren’t able to buy into it. In Canada, however, diversified Bitcoin investing is becoming more accessible. In February 2021, Purpose Bitcoin ETF (BTCC) started trading as the world’s first Bitcoin ETF, and the Ontario Securities Commission has also approved the Evolve Bitcoin ETF (EBIT). American investors looking for Bitcoin or Bitcoin-like exposure may consider blockchain ETFs that invest in cryptocurrencies’ technology.

Should You Buy Bitcoin?

Many financial experts support their clients’ desire to buy cryptocurrency, but they don’t recommend it unless clients express interest. “The biggest concern for us is if someone wants to invest in crypto and the investment they choose doesn’t do well, and then all of a sudden they can’t send their kids to college,” says Ian Harvey, a certified financial planner (CFP) in New York City. “Then it wasn’t worth the risk.”

The speculative nature of cryptocurrency leads some planners to recommend it for clients’ “side” investments. “Some call it a Vegas account,” says Scott Hammel, a CFP in Dallas. “Let’s keep this away from our real long-term perspective. Make sure it doesn’t become too large a portion of your portfolio.”

Bitcoin is like a single stock, and advisors wouldn’t recommend putting a sizable part of your portfolio into any one company. At most, planners suggest putting no more than 1% to 10% into Bitcoin if you’re passionate about it. “If it was one stock, you would never allocate any significant portion of your portfolio to it,” Hammel says. 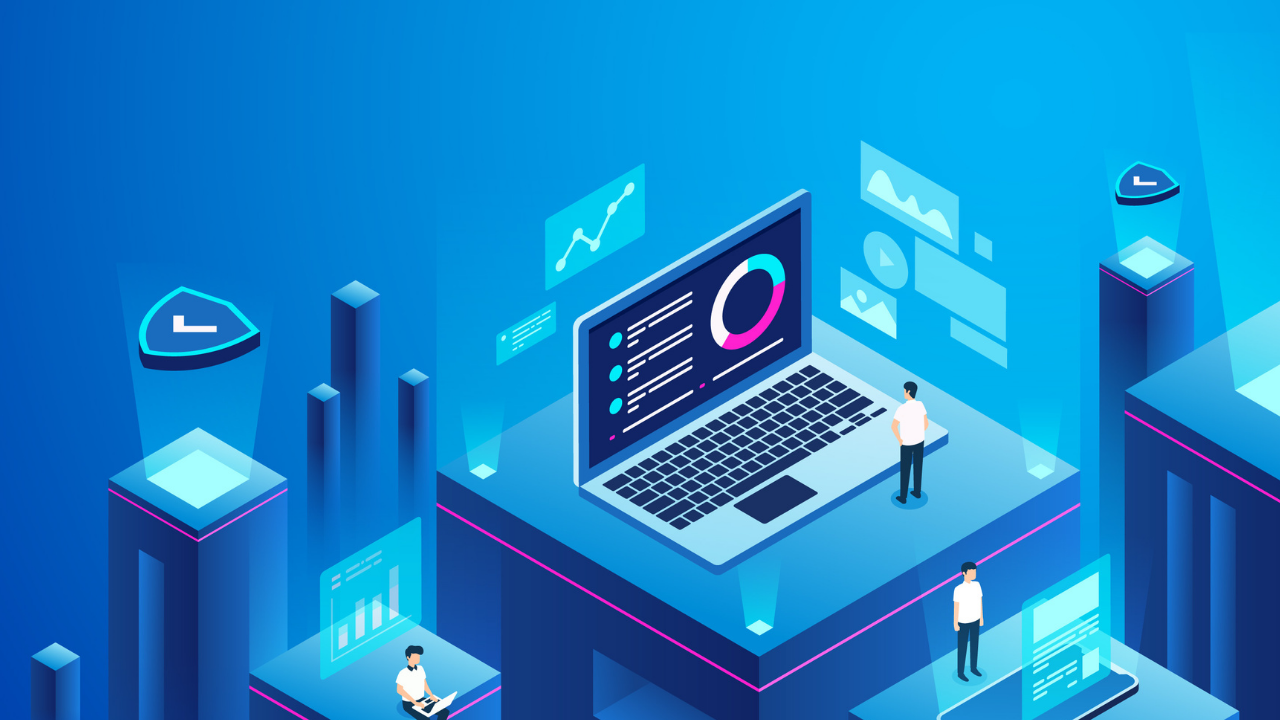 What Is Blockchain? Its Application In Life 2022

What is Blockchain? Blockchain is defined as a blockchain technology, it is like a ledger of a company, where money is strictly controlled and clearly recorded every…